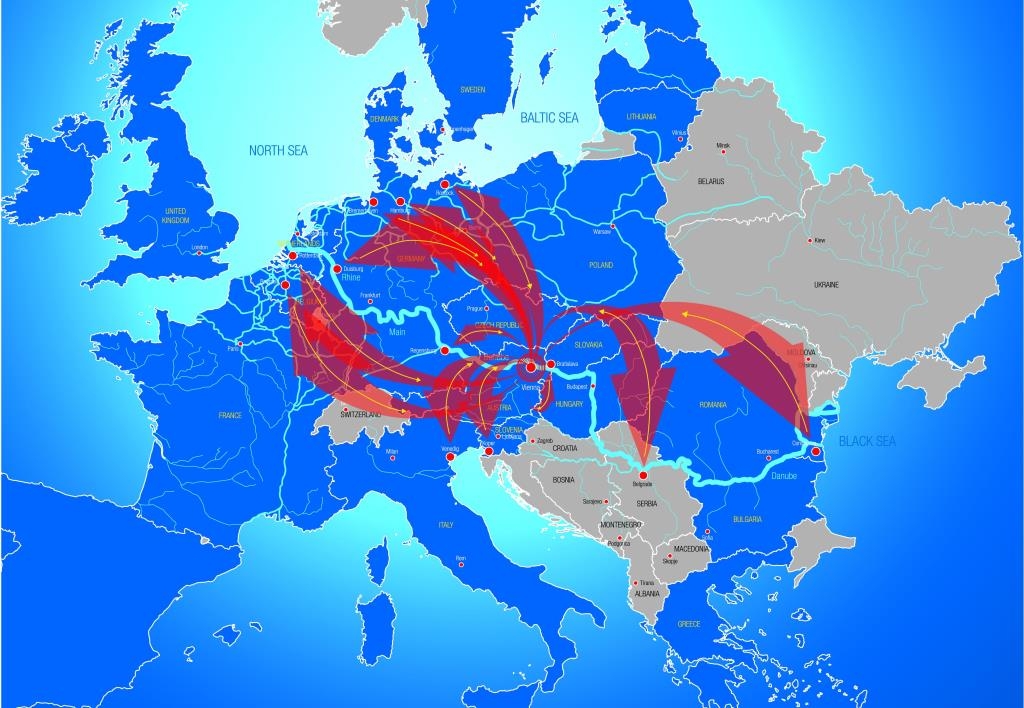 Around 2,000 kilometers from the Black Sea and 1,500 from the North Sea, the harbour in Vienna serves as an optimal direct connection to three modes of transport: ship, rail and truck (keyword tri-modality). In addition, with its proximity to the Vienna international airport as high-performance interface for international trade and transport.

The Hafen Wien Group and its subsidiary Wiencont are situated right on the main artery for inland shipping. As a result of the opening of the Rheine-Main-Danube waterway yielding new transport perspectives from the ARA ports of (Amsterdam, Rotterdam and Antwerp) to the Black Sea (Constantia). 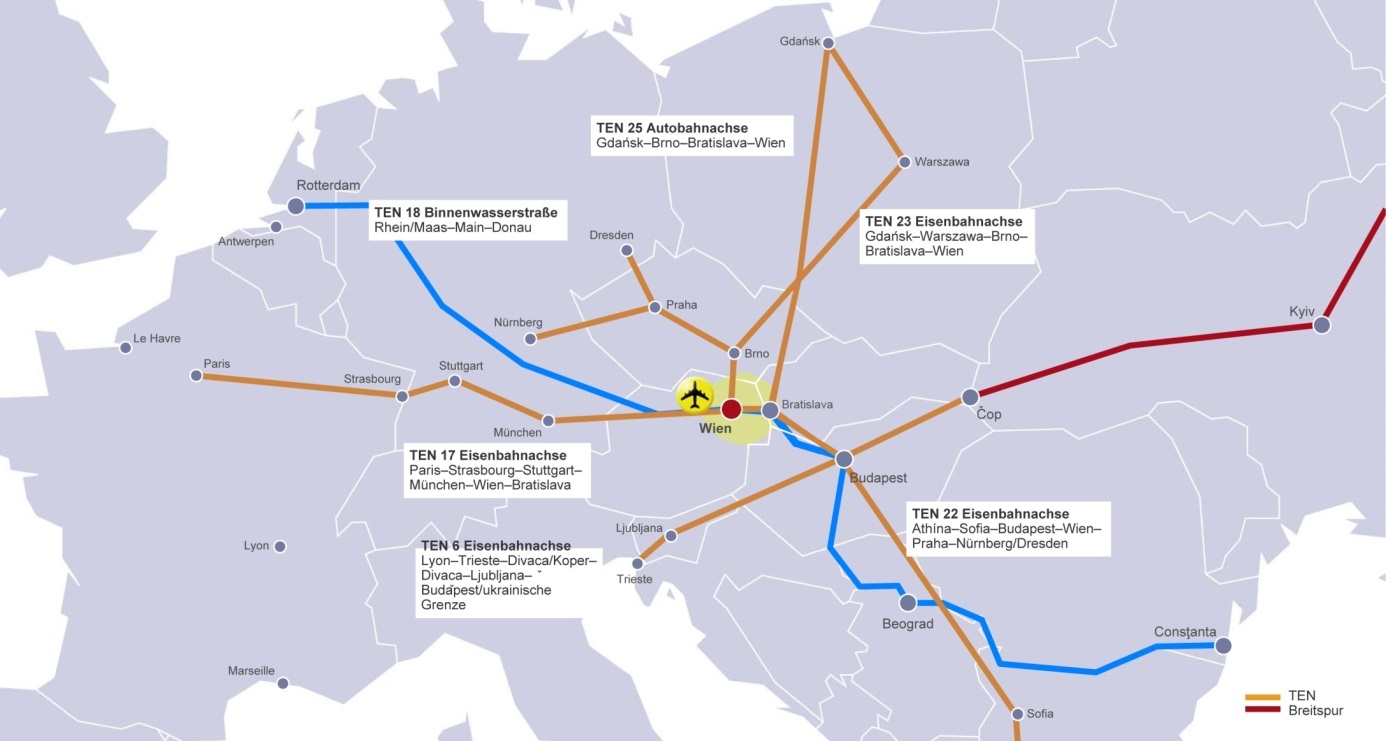 The port of Vienna is a very attractive transport nodal point through its connection to the 3 TEN-T corridors: